Skip to main content
December 12, 2006
Last night's arrival into St. Louis was to the chaos of Monday Night Football. The cab driver told me that we were in for a rough drive because of the game. My mind is thinking, baseball's over, it's not Sunday, basketball? No, a huge rivalry event game with Chicago. Downtown was packed even in the rain.

St. Louis airport has a really slow baggage claim. It's so slow that you can go eat, get a flu shot (I did last night, only $25 and no wait right next to baggage claim) and then wander about and the bags are still not off-loaded. At least I got the flu shot. 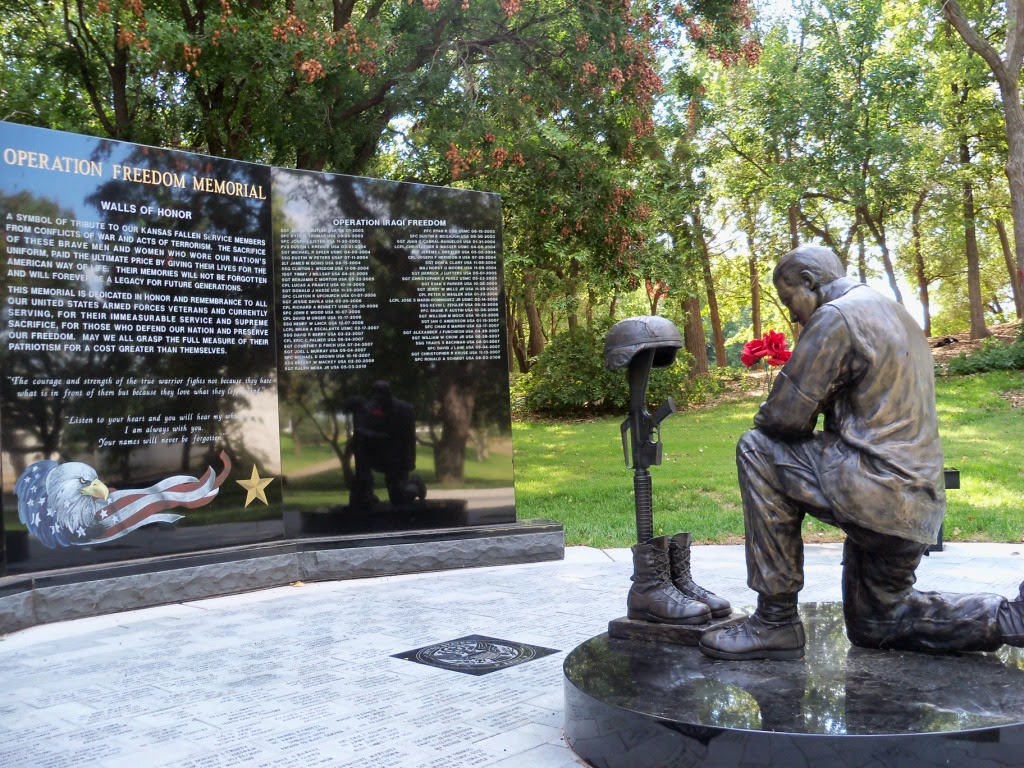 Veterans Memorial Park is located along the Arkansas River, a short walk from downtown. A combination of biking and walking paths lead around memorials from WWI to Operation Freedom. Below Operation Freedom.
The USS Dorado was hit by friendly fire during WWII in the Caribbean Sea. The sub has never been found.  http://www.ussdorado.com/history.html
Korean War Memorial
This is the outline of the USS Wichita. The ship was launched in 1937 and served in WWII, earning 13 battle stars. The ship was the first named after Wichita, Kansas and after 10 years of service was decommissioned and turned into scrap metal.  http://navysite.de/ca/ca45.htm


Memorial to the US Merchant Marines 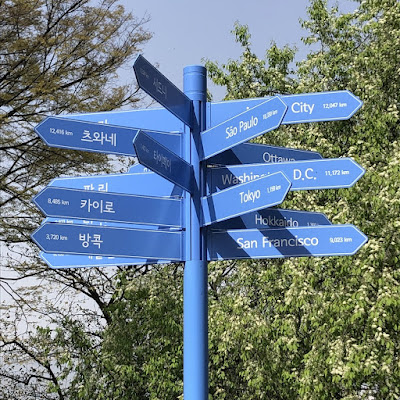 Seoul 4 - View From the Tower 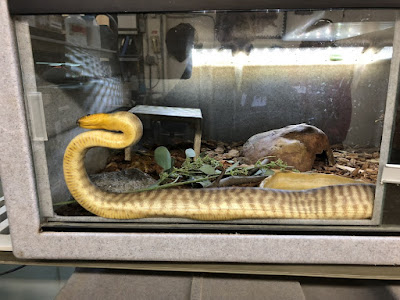 A few times a month, the San Diego Zoo offers a Surprise Sunrise Stroll. It's $29 and does not include admission to the zoo afterwards so you have to buy two tickets.  You get to go behind the scenes and meet with the keepers. It's a surprise because you won't know what you get until that morning when you're assembled inside and the reveal is done.

This was the first time I'd ever done this and it wasn't exactly what I was expecting. I thought 90 minute stroll would be 90 minutes of mostly walking and exercise but it was mostly standing around and a short walk between the encounters. Based on this day, very light activity.